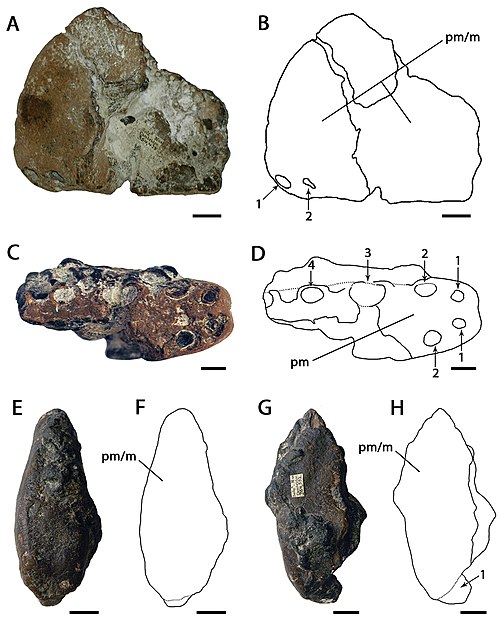 Ornithocheirus (from Ancient Greek "ornis", meaning bird, and "kheir", meaning hand) is a pterosaur genus known from fragmentary fossil remains uncovered from sediments in the UK.

Several species have been referred to the genus, most of which are now considered as dubious species, or members of different genera, and the genus is now often considered to include only the type species, Ornithocheirus simus. Species have been referred to Ornithocheirus from the mid-Cretaceous period of both Europe and South America, but O. simus is known only from the UK. Because O. simus was originally named based on poorly preserved fossil material, the genus Ornithocheirus has suffered enduring problems of zoological nomenclature.

Fossil remains of Ornithocheirus have been recovered mainly from the Cambridge Greensand of England, dating to the beginning of the Albian stage of the late Cretaceous period, about 110 million years ago. Additional fossils from the Santana Formation of Brazil are sometimes classified as species of Ornithocheirus, but have also been placed in their own genera, most notably Tropeognathus.