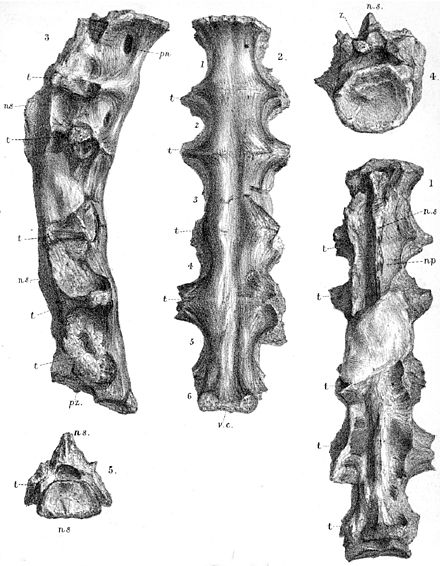 Ornithodesmus (meaning "bird link") is a genus of small, dromaeosaurid dinosaur from the Isle of Wight in England, dating to about 125 million years ago. The name was originally assigned to a bird-like sacrum (a series of vertebrae fused to the hip bones), initially believed to come from a bird and subsequently identified as a pterosaur. More complete pterosaur remains were later assigned to Ornithodesmus, until recently a detailed analysis determined that the original specimen in fact came from a small theropod, specifically a dromaeosaur. All pterosaurian material previously assigned to this genus has been renamed Istiodactylus.