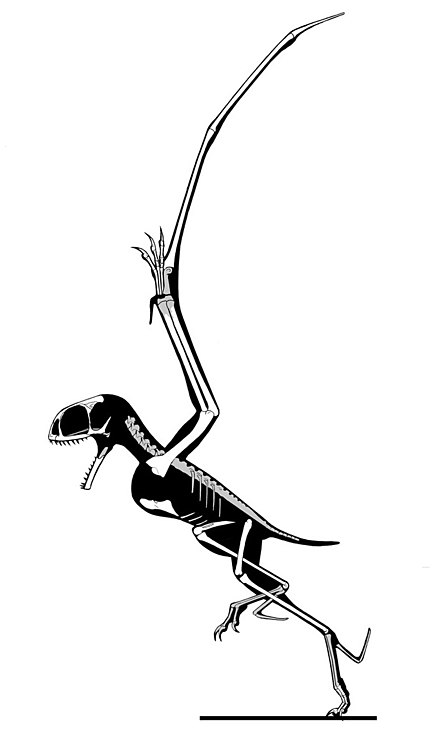 Anurognathus is a genus of small pterosaur that lived during the late Jurassic Period (Tithonian stage). Anurognathus was first named and described by Ludwig Doderlein in 1923. The type species is Anurognathus ammoni. The genus name Anurognathus is derived from the Greek an/an- ("without"), oura/oura ("tail"), and gnathos/gnathos ("jaw") in reference to its unusually small tail relative to other "rhamphorhynchoid" (i.e. basal) pterosaurs. The specific name ammoni honours the Bavarian geologist Ludwig von Ammon, from whose collection Doderlein had acquired the fossil in 1922.