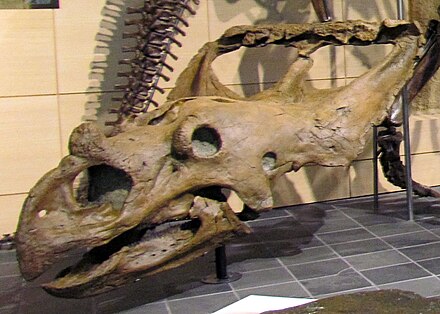 Vagaceratops (meaning "wandering (vagus, Latin) horned face", in reference to its close relationship with Kosmoceratops from Utah) is a genus of herbivorous ceratopsian dinosaur. It is a chasmosaurine ceratopsian which lived during the Late Cretaceous period (late Campanian) in what is now Alberta. Its fossils have been recovered from the Upper Dinosaur Park Formation.