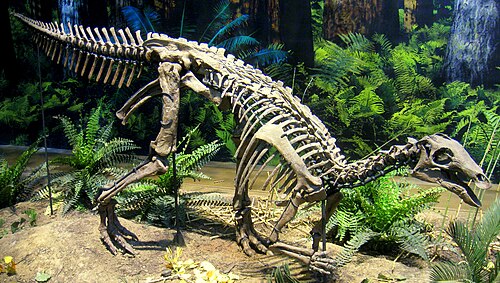 Uteodon is a genus of herbivorous iguanodontian dinosaur. It is a basal iguanodontian which lived during the upper Jurassic period in what is now Uintah County, Utah. It is known from the middle of the Brushy Basin Member, Morrison Formation. This genus was named by Andrew T. McDonald in 2011 and the type species is Uteodon aphanoecetes. U. aphanoecetes was previously referred to as Camptosaurus aphanoecetes, and was first described in 2008 by Carpenter and Wilson.