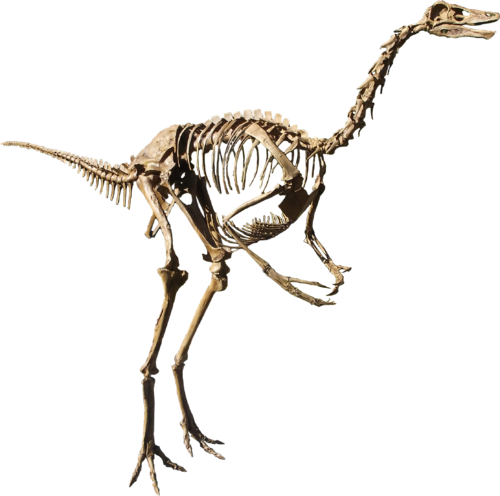 Struthiomimus (meaning "ostrich mimic", from the Greek stroutheios/stroutheios meaning "of the ostrich" and mimos/mimos meaning "mimic" or "imitator") is a genus of ornithomimid dinosaurs from the late Cretaceous of North America. Ornithomimids were long-legged, bipedal, ostrich-like dinosaurs with toothless beaks. The type species, Struthiomimus altus, is one of the more common small dinosaurs found in Dinosaur Provincial Park; its abundance suggests that these animals were herbivores or omnivores rather than pure carnivores.