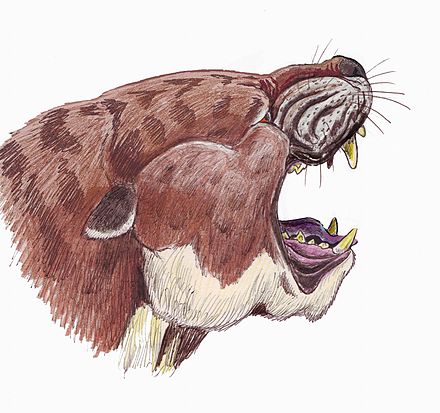 Sarkastodon is an extinct genus within the family Oxyaenidae that lived during the upper Eocene, approximately 35 million years ago. It was a large, carnivorous animal that lived in what is today Mongolia. Sarkastodon is known only from a skull and jawbones. Sarkastodon, like creodonts in general, was probably a hypercarnivore that preyed on large mammals in its range during the Late Eocene, such as brontotheres, chalicotheres, and rhinoceroses. Its weight is estimated at 800 kg (1,800 lb).