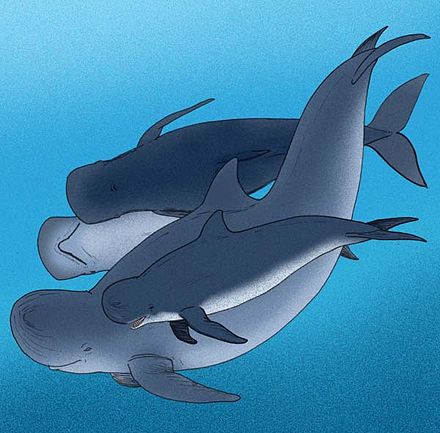 The blunt-snouted dolphin (Platalearostrum hoekmani, "Albert Hoekman's spoon-rostrum") is a prehistoric pilot whale known from a single specimen (NMR-9991-00005362), consisting of a partial rostrum, partial maxilla, partial premaxilla, and partial vomer. The fossil was discovered by Albert Hoekman on board a fishing trawler crew in the North Sea in 2008 and described in 2010 by Klaas Post and Erwin J.O. Kompanje. The blunt-snouted dolphin is believed to have had a balloonlike structure atop its rostrum and is estimated to have lived during the middle Pliocene to early Pleistocene.