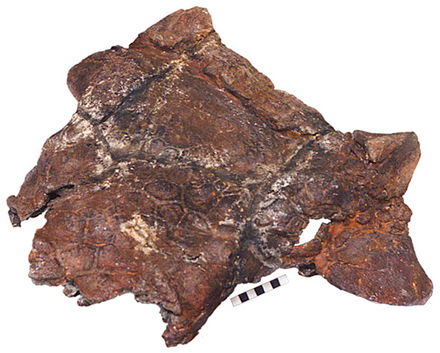 Oohkotokia ( OH-oh-ka-TOH-kee-a) is a genus of ankylosaurid dinosaur within the subfamily Ankylosaurinae. It is known from the upper levels of the Two Medicine Formation (late Campanian stage, about 74 Ma ago) of Montana, United States. The discovery of Oohkotokia supports that Ankylosaurine dinosaurs existed and flourished continuously in Montana and/or Alberta throughout the late Campanian and early Maastrichtian stages in the Late Cretaceous period. It was a large, heavily built, quadrupedal, herbivore, that could grow up to 6 m (19.7 ft) long.