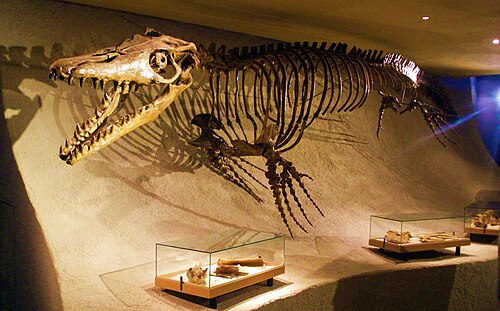 Mosasaurus ("lizard of the Meuse River") is a genus of mosasaurs, extinct carnivorous aquatic lizards. It existed during the Maastrichtian age of the late Cretaceous period, between about 70 and 66 million years ago, in western Europe and North America. The name means "Meuse lizard", as the first specimen was found near the Meuse River (Latin Mosa + Greek sauros lizard).