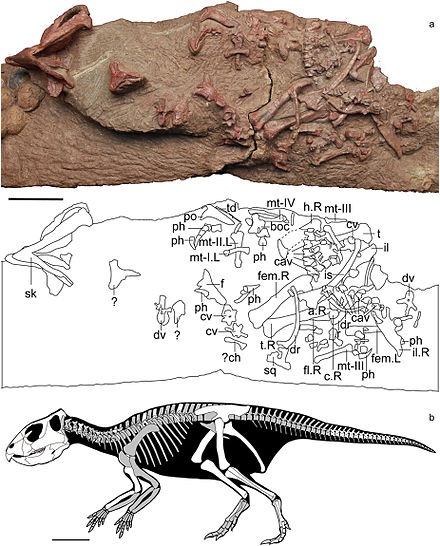 Mosaiceratops is a new genus of ceratopsian described by Zheng, Jin & Xu in 2015 found in the Xiaguan Formation of Neixiang County. Although phylogenetic analysis have found it to be the most basal neoceratopsian, the authors noted that several features in the premaxilla and nasal bones are shared with the family Psittacosauridae, indicating that neoceratopsians evolved premaxillary teeth twice and that Psittacosauridae is not a primitive family as previously thought.