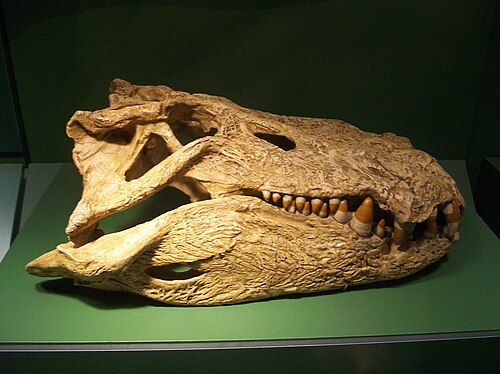 Mahajangasuchus is an extinct genus of crocodyliform which had blunt, conical teeth. The type species, M. insignis, lived during the Late Cretaceous; its fossils have been found in the Maevarano Formation in northern Madagascar. It was a fairly large predator, measuring up to 3 m (9.8 ft) with a weight up to 360 kg (790 lb).

Sereno et al.. (2001) placed the genus within the family Trematochampsidae, although a more recent study by Turner and Calvo (2005) placed it within Peirosauridae. It was placed in the newly constructed family Mahajangasuchidae along with the genus Kaprosuchus by Sereno and Larrson (2009).