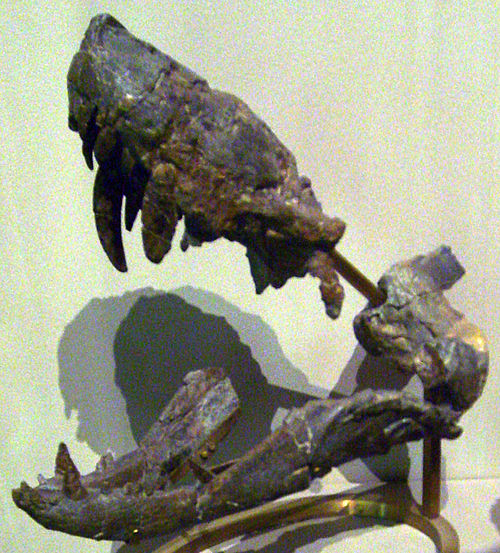 Lycosuchus ("wolf crocodile") is an extinct carnivorous genus of therocephalian which lived in the Middle Permian 265--260 Ma existing for approximately 5 million years. It was a medium-sized predator, reaching 1.2 m (3.8 ft) in length with a skull 23 cm long.

Discovered in South Africa, it was named by paleontologist Robert Broom in 1903 and later assigned by him to Therocephalia.