KENYAPITHECUS
(ken/keen-ya-pif-e-kus (depending upon how you pronounce kenya))
meaning: "Kenya ape" 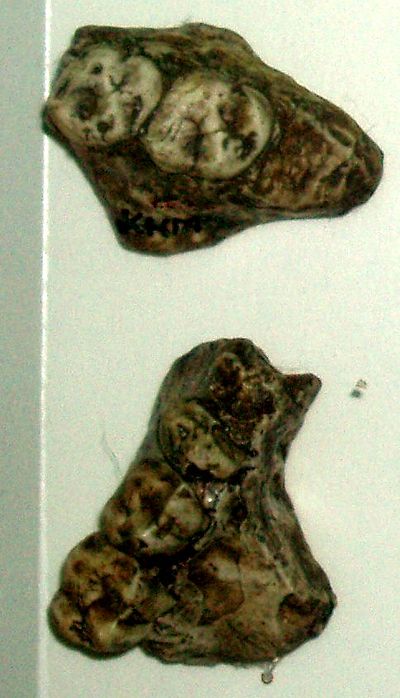 Kenyapithecus wickeri was a fossil ape discovered by Louis Leakey in 1961 at a site called Fort Ternan in Kenya. The upper jaw and teeth were dated to 14 million years ago. One theory states that Kenyapithecus may be the common ancestor of all the great apes. More recent investigations suggest Kenyapithecus is more primitive than that and is only slightly more modern than when Proconsul is considered to be an ape.

Evidence suggests that Kenyapithecus wickeri was one of the species that started a radiation of apes out of Africa.