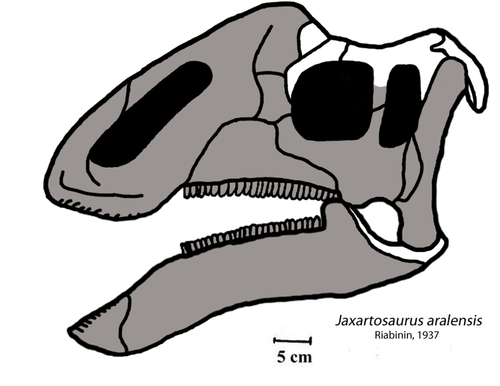 Jaxartosaurus is a genus of hadrosaurid dinosaur similar to Corythosaurus which lived during the Late Cretaceous. Its fossils were found in Kazakhstan and China. It had a large, helmet-like crest that it may have used for visual identification, or to vocalize with members of the same herd.