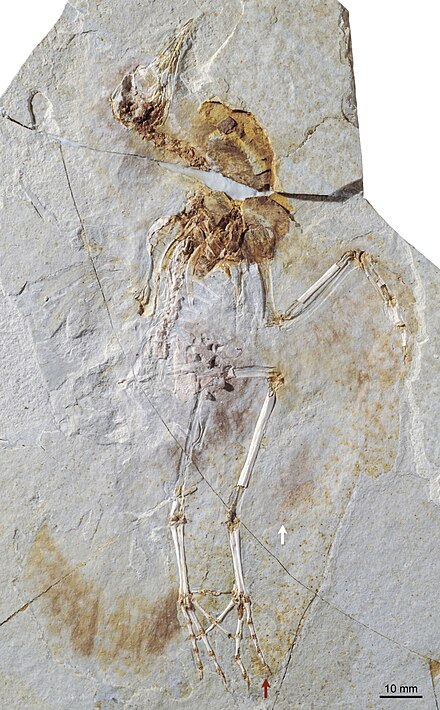 Hongshanornis is a genus of ornithuromorph birds known from early Cretaceous lake deposits of the Yixian Formation, Inner Mongolia, China. The holotype specimen, recovered in 2005, is currently held by the Institute of Vertebrate Paleontology and Paleoanthropology in Beijing. It was found in the Jianshangou fossil beds, dated to 124.6 million years ago. Three additional specimens have been reported, though only one of those has been definitively identified as belonging to Hongshanornis. This latter specimen was found in the Dawangzhangzi fossil beds, which are about 122 million years old.

Hongshanornis is a member of the group Hongshanornithidae, to which it lent its name. It is closely related to Longicrusavis, which existed alongside Hongshanornis in the Dawangzhangzi ecosystem, and is very similar to the later Parahongshanornis from the Jiufotang Formation.