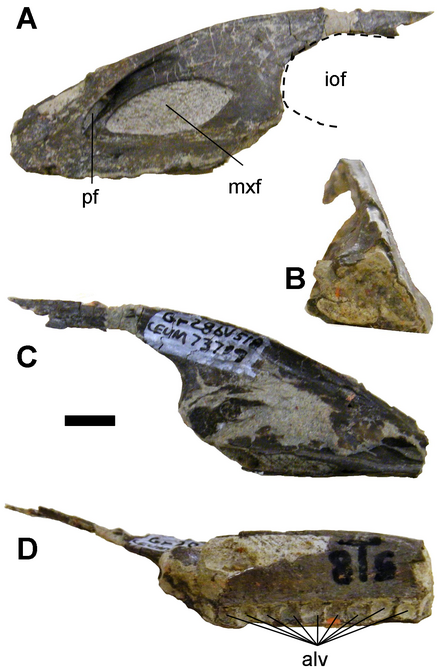 Geminiraptor is a genus of troodontid dinosaur. Geminiraptor lived during the lower Cretaceous period (?lower Barremian age) in what is now Utah, United States. It is known from CEUM 7319, a maxilla recovered from the lower Yellow Cat Member of the Cedar Mountain Formation, dating to at least the early Barremian stage (about 130 million years ago). Geminiraptor was named by Phil Senter, James I. Kirkland, John Bird and Jeff A. Bartlett in 2010. The type species of Geminiraptor is G. suarezarum. The specific name refers to Drs. Celina and Marina Suarez, the twin geologists who discovered the Suarez site. The generic name is from the Latin geminae ("twins," in honor of the Suarez sisters) and raptor ("seizer").