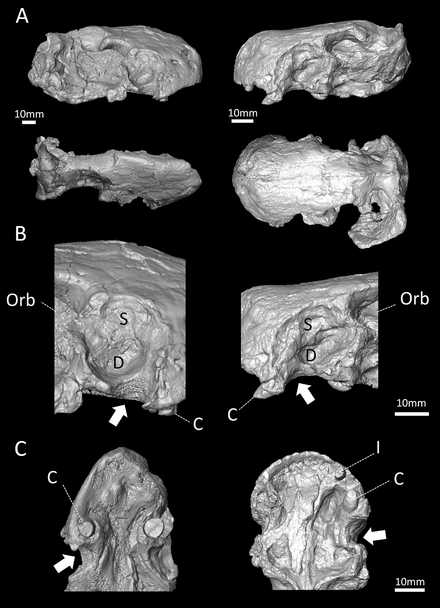 Euchambersia is a genus of therocephalian therapsid that lived during the Late Permian, approximately 255 million years ago, in what is now South Africa. The genus contains a single species, E. mirabilis, named by paleontologist Robert Broom in 1931 from a skull missing the lower jaws; a second skull, belonging to an immature individual, was later described. It is a member of the family Akidnognathidae, which historically has also been referred by as the synonymous Euchambersiidae (named after Euchambersia).

Euchambersia was a small and short-snouted therocephalian, possessing large canines as is typical of the group. However, it is notable among therocephalians for possessing ridges on its canines and a large indentation in the side of the skull. Under the erroneous assumption that the canines are grooved instead of ridged, it has been proposed that these structures supported a venom delivery mechanism. More recently, the internal structure of the skull of Euchambersia has been used as stronger evidence in favour of the hypothesis that it was venomous; other possibilities, such as the indentation supporting some sort of sensory organ, still remain plausible.