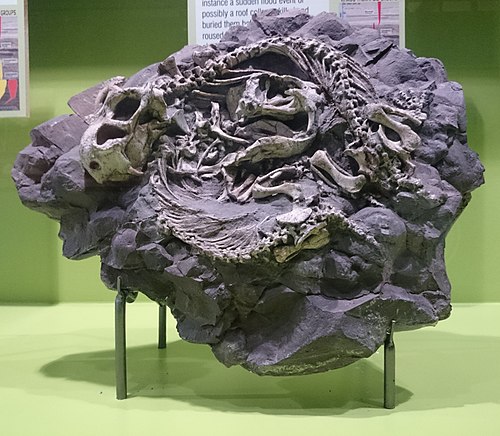 Diictodon was a genus of therapsid, roughly 45 cm (18 inches) long. It belonged to the sub-group Dicynodontia. These mammal-like synapsids lived during the Late Permian period, approximately 255 million years ago. Fossils have been found in Africa and Asia (in fact, roughly half of all Permian vertebrate specimens found in South Africa are those of Diictodon). This small herbivorous animal was one of the most successful synapsids in the Permian period.