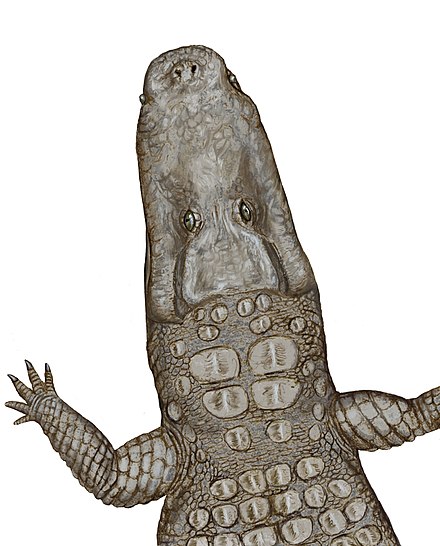 Crocodylus thorbjarnarsoni is an extinct species of crocodile from the Pliocene and Pleistocene of the Turkana Basin in Kenya. It is closely related to the species Crocodylus anthropophagus, which lived during the same time in Tanzania. C. thorbjarnarsoni could be the largest known true crocodile, with the largest skull found indicating a possible total length up to 7.6 m (25 ft). It may have been a predator of early hominins. Crocodylus thorbjarnarsoni was named by Christopher Brochu and Glenn Storrs in 2012 in honor of John Thorbjarnarson, a conservationist who worked to protect endangered crocodilians.