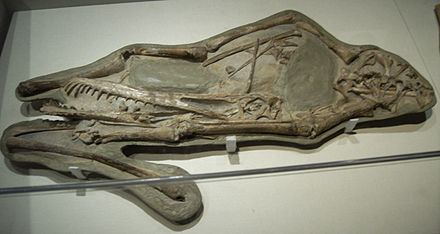 Cearadactylus is a genus of large Early Cretaceous (Albian) pterosaurs from South America. The only known species is Cearadactylus atrox, described and named in 1985 by Giuseppe Leonardi and Guido Borgomanero. The name refers to the Brazilian state Ceara and combines this with Greek daktylos, "finger", a reference to the wing finger of pterosaurs. The Latin atrox means "frightful", a reference to the fearsome dentition of the species.