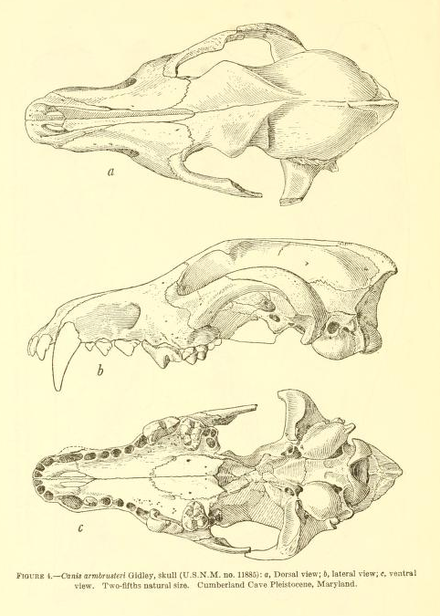 Armbruster's wolf (Canis armbrusteri) is an extinct species of the genus Canis that was endemic to North America and lived during the Irvingtonian stage of the Pleistocene epoch (1.8 Mya--300,000 years ago). It is notable because it is proposed as the ancestor of one of the most famous prehistoric carnivores in North America, the dire wolf (Canis dirus).