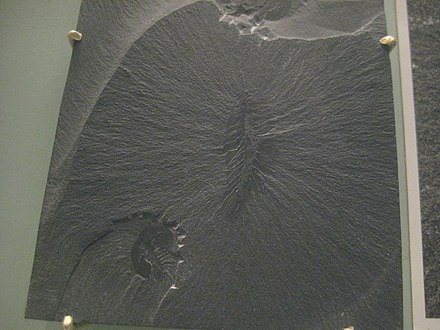 Canadia (meaning of Canada or after Canada) is a genus of extinct annelid worm present in Burgess Shale type Konservat-Lagerstatte. It is found in strata dating back to the Delamaran stage of the Middle Cambrian around 505 million years ago, during the time of the Cambrian explosion. It was about 3 centimeters (1.2 inches) in length. Charles Doolittle Walcott named Canadia in 1911 after Canada, the country from which its remains have been found. 28 specimens of Canadia (animal) are known from the Greater Phyllopod bed, where they comprise 0.05% of the community.