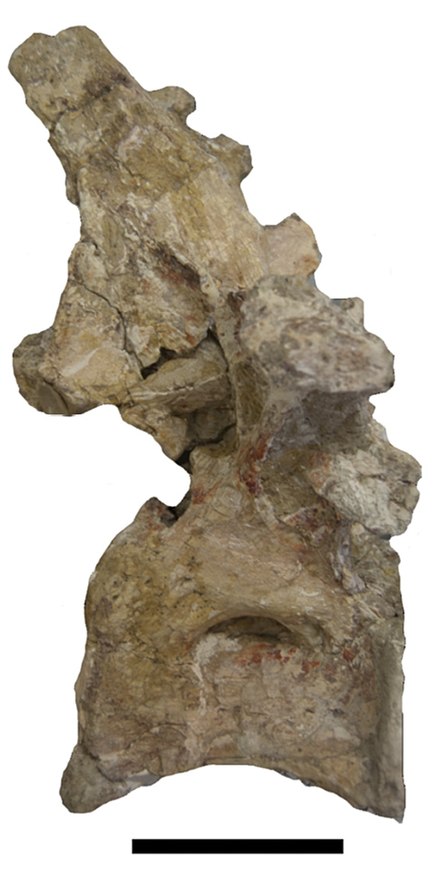 Atsinganosaurus is a genus of titanosaurian dinosaur which existed in what is now France during the late Cretaceous period. Well-preserved remains (and the only known) of Atsinganosaurus were collected from the Gres a Reptiles Formation of the Aix-en-Provence Basin. Atsinganosaurus was first described by Geraldine Garcia, Sauveur Amico, Francois Fournier, Eudes Thouand and Xavier Valentin in 2010, and the type species is Atsinganosaurus velauciensis.

The generic name is derived from the Greek word "tsigganos" or "athigganos", both meaning "gypsy", which refers to the possible migration from east to west of the species. The specific name is named after its finding place, Velaux - La Bastide Neuve.