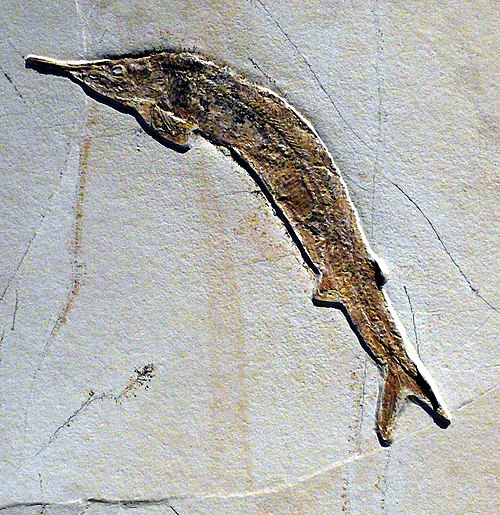 Aspidorhynchus (meaning "shield snout") is an extinct genus of ray-finned fish from the Jurassic and Cretaceous periods. Fossils have been found in Europe and Antarctica.

Aspidorhynchus was a slender, fast-swimming fish, 60 centimetres (2.0 ft) long, with tooth-lined, elongated jaws. It also had heavy scales and a symmetrical tail. The upper jaw was longer than the lower jaw, ending in a toothless spike. Although it would have looked superficially similar to the present day gar, its closest living relative is actually the bowfin.