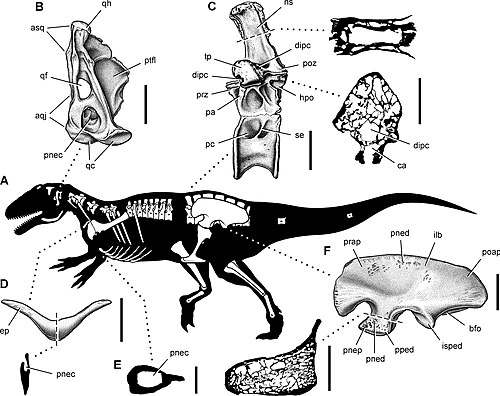 Aerosteon is a genus of megaraptoran dinosaur from the Late Cretaceous period of Argentina. Its remains were discovered in 1996 in the Anacleto Formation, dating to the Santonian stage (about 84 million years ago). The type and only known species is A. riocoloradense. Its specific name indicates that its remains were found 1 km (0.6 miles) north of the Rio Colorado, in Mendoza Province, Argentina.

They show evidence of a bird-like respiratory system. Aerosteon's name can be translated as air bone and derives from Greek aer (aer, "air") and osteon (osteon, "bone"). Though the species name was originally published as "riocoloradensis", Greek osteon is neuter gender, so according to the ICZN the species name must be riocoloradense to match.