WONAMBI
(woe-nahm-bee)
meaning: "Named after the serpent of the Dreamtime" 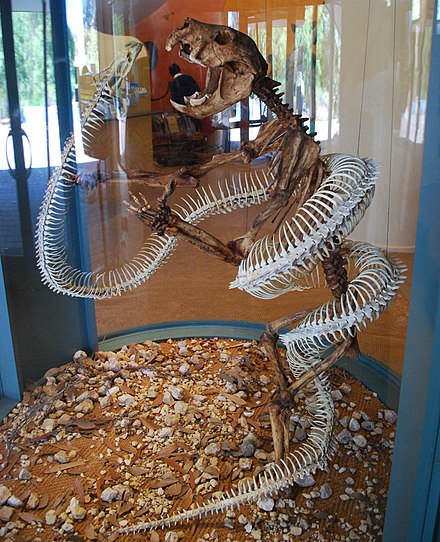 Wonambi is a genus that consisted of two species of very large prehistoric snakes. These species were not pythons, like Australia's other large constrictors of the genus Morelia, they are classified in the extinct family Madtsoiidae. This genus was a part of the extinct megafauna of Australia. It went extinct during the Late Pleistocene.