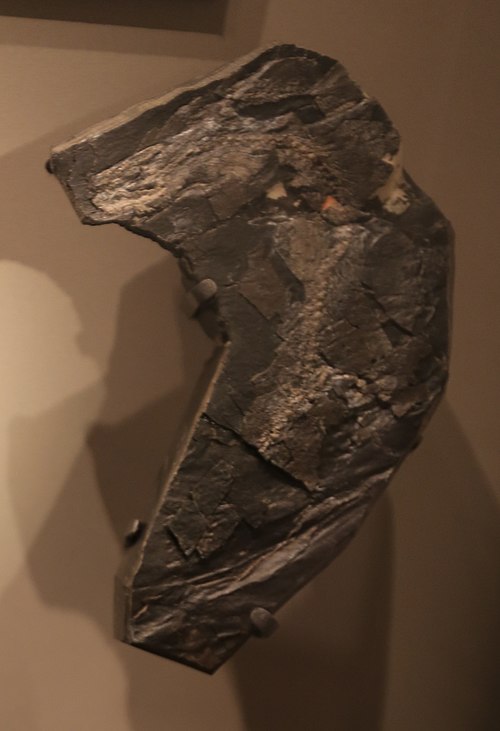 Westlothiana is a genus of reptile-like amphibian or possibly early reptile that bore a superficial resemblance to modern-day lizards. It lived about 338 million years ago during the latest part of the Visean age of the Carboniferous period. The name Westlothiana means "Animal from West Lothian". It is known from a single species, Westlothiana lizziae. The type specimen was discovered in East Kirkton Quarry, West Lothian, Scotland in 1984. Westlothiana's anatomy contained a mixture of both labyrinthodont and reptilian features, and was originally regarded as the first reptile. Most scientists place them among the Reptilomorpha, as a sister group to the first amniotes.