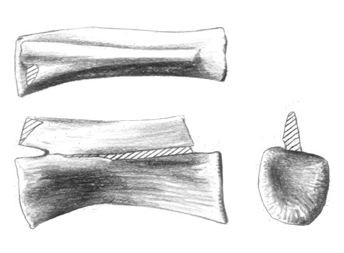 An opalised vertebra of a theropod dinosaur was found before 1909 by T.C. Wollaston in an opal bearing sandstone at Lightning Ridge near Walgett, in New South Wales. The fossil was sent to the British Museum of Natural History and was reported in January 1909 by Arthur Smith Woodward.

In 1932 the type species Walgettosuchus woodwardi was named by Friedrich von Huene, based on this vertebra. The generic name is derived from the town of Walgett and Soukhos, the Greek name of the Egyptian crocodile god Sobek. During the 1930s Von Huene tended to form dinosaur names with the ending ~suchus instead of ~saurus because of the closer relationship to crocodiles than to lizards. The specific name honours Woodward.

The holotype, BMNH R3717, was found in the Albian-age Lower Cretaceous Griman Creek Formation. It consists of a 63 millimetres (2.5 in) long incomplete amphicoelous (concave surfaces for articulation on the anterior and posterior faces) caudal vertebral centrum. For unknown reasons, he believed it had elongate prezygapophyses. He also suggested that if more material was known, it could prove to be synonymous with other Lightning Ridge "coelurosaurs" (i.e. Rapator; coelurosaur in the outdated sense of any small theropod).

Von Huene assigned Walgettosuchus to the Ornithomimidae. In his 1990 review, Ralph Molnar noted that the type cannot be distinguished from tail vertebrae from ornithomimids or allosaurids, and considered it to be an indeterminate theropod and a nomen dubium or (more likely) an invalid taxon.