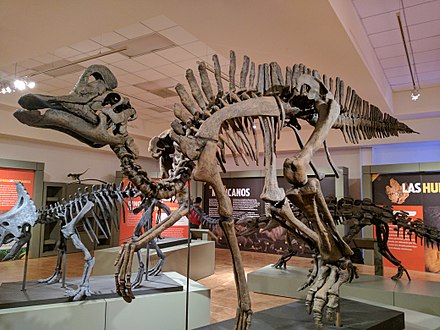 Velafrons (meaning "sailed forehead") is a genus of lambeosaurine hadrosaurid dinosaur from the Late Cretaceous of Mexico. It is known from a mostly complete skull and partial skeleton of a juvenile individual, with a bony crest on the forehead. Its fossils were found in the late Campanian-age Upper Cretaceous Cerro del Pueblo Formation (about 72 million years old), near Rincon Colorado, Coahuila, Mexico. The type specimen is CPC-59, and the type species is V. coahuilensis.