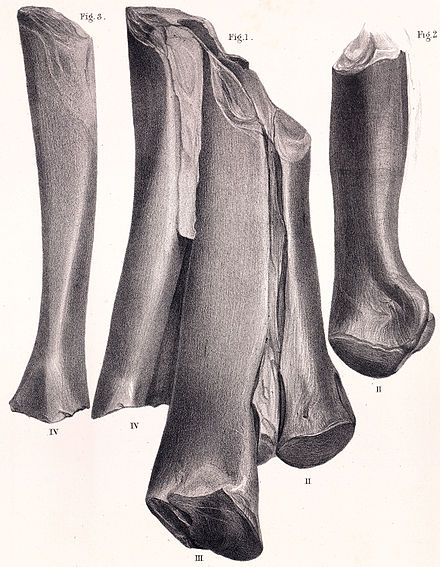 Valdoraptor (meaning "Wealden plunderer") is a genus of theropod dinosaur from the Early Cretaceous. Its fossils were found in England. It is known only from bones of the feet. The holotype, BMNH R2559 (incorrectly given by Owen as BMNH R2556), was found near Cuckfield in layers of the Tunbridge Wells Sand Formation dating from the late Valanginian. The specimen is damaged lacking parts of the upper and lower ends. It has a conserved length of 215 millimetres (8.5 in) and an estimated length of 240 millimetres (9.4 in). This genus is paleontologically significant for being the first ornithomimosaur specimen known from England and represents the earliest record of ornithomimosaurs in the world.