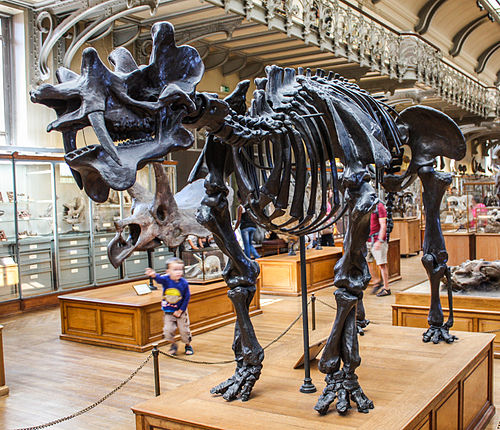 Uintatherium ("Beast of the Uinta Mountains") is an extinct genus of herbivorous mammal that lived during the Eocene epoch; two species are currently recognized, U. anceps from the United States during the Early to Middle Eocene, and U. insperatus of Middle to Late Eocene China. Uintatherium became extinct about 37 million years ago, due to competition with perissodactyls, such as brontotheres and rhinos.