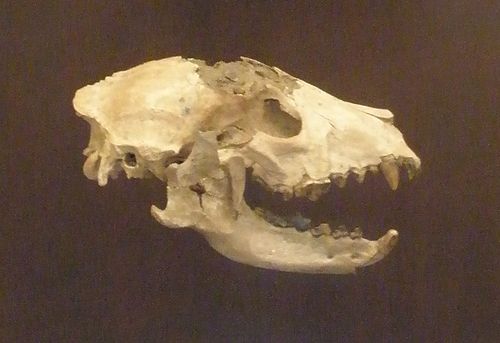 Tomarctus is a canid genus of the extinct subfamily Borophaginae which inhabited most of North America during the late Early Miocene to the Early Barstovian age of the Middle Miocene (23--16 million years ago). Tomarctus existed for approximately 6.83 million years.

This animal shared a period and ecology with a variety of other bear dogs like the giant mustelid genus of bone-crushing canidae, Cynarctoides. As the bear dogs and giant mustelids became extinct, Tomarctus further radiated to fill a line of dogs which filled the hyena-like fruit eating and bone-crushing niches.