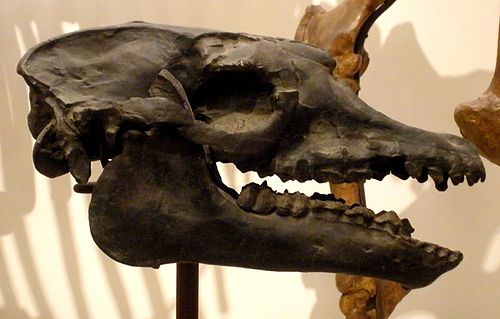 Theosodon is an extinct genus of litoptern mammal from the early Miocene of South America.

Theosodon bore a superficial resemblance the modern guanaco, and was around 2 metres (6.6 ft) in length, weighing up to 95.6 kg. It had a long neck and tapir-like, three-toed feet. Judging from the position of its nostrils, Theosodon had a short trunk, though shorter than its other relatives, such as Macrauchenia.

Theosodon had a full set of 44 teeth, and its lower mandible was very thin and large.