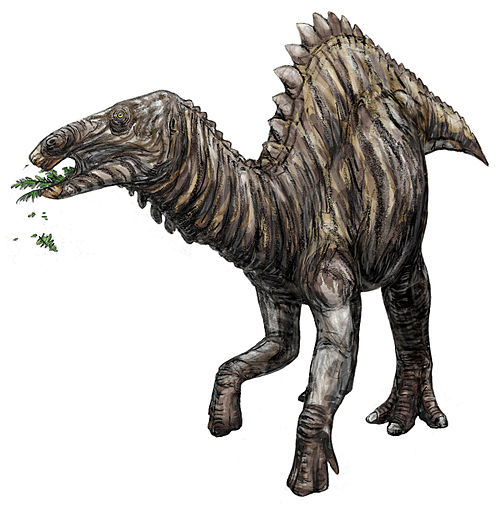 Tanius (meaning "of Tan") is a genus of hadrosauroid dinosaur. It lived in the Late Cretaceous of China.

The type species, named and described in 1929 by Carl Wiman, is Tanius sinensis. The generic name honours the Chinese paleontologist Tan Xichou ("H.C. Tan"). The specific name refers to China.

Tan in April 1923 discovered the remains in the east of Shandong at the village of Ch'ing-kang-kou, ten kilometres southeast of Lai Yang. In October of the same year they were excavated by Tan's associate, the Austrian paleontologist Otto Zdansky. Although the specimen was originally rather complete, only parts could be salvaged. The holotype, PMU R.240, was recovered from the Wangshi Formation dating from the Campanian. It consists of the back of the skull, which was flat and elongated. Later numerous other fragments would be referred to Tanius.

Other species originally assigned to Tanius have been moved to other genera. These include: Tanius prynadai named in 1939 by Anatoly Nikolaevich Ryabinin, which was assigned to Bactrosaurus; and Tanius chingkankouensis named in 1958 by Yang Zhongjian, and Tanius laiyangensis named in 1976 by Zhen Shuonan, which were both later considered junior subjective synonyms of Tsintaosaurus.

In 2010 Gregory S. Paul estimated the length of Tanius at seven metres and the weight at two tonnes.