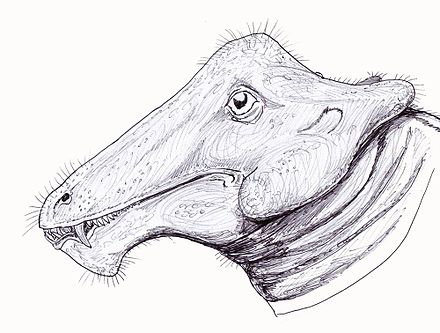 Styracocephalus' head ornament meant that it could be recognised from a distance. The most striking feature of Styracocephalus are the large backward-protruding tabular horns.

The crest stuck upwards and backwards, but there is some variation in its shape, and this suggests that it changed throughout life and that it may be sexually dimorphic. Styracocephalus was a herbivore that may have been fully terrestrial or partly aquatic like the modern hippopotamus. It may have evolved from the estemmenosuchids.

Its remains are known from South Africa but it probably had a wider distribution.