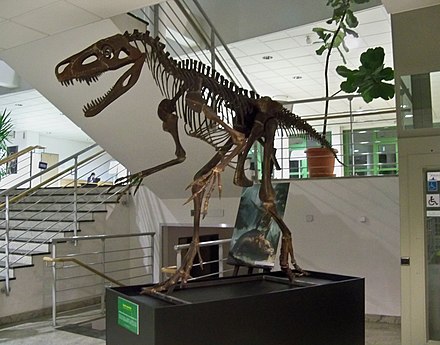 Smok (meaning "dragon" in Polish) is an extinct genus of large carnivorous archosaur. It lived during the latest Triassic period (latest Norian to early Rhaetian stage, between 205-200 Ma). Its remains have been found in Lisowice, southern Poland. The type species is Smok wawelski (after the Wawel Dragon) and was named in 2012. It is larger than any other known predatory archosaur from the Late Triassic or Early Jurassic of central Europe. The relation of Smok to other archosaurs has not yet been thoroughly studied; it may be a rauisuchid, prestosuchid or ornithosuchid crurotarsan (part of the crocodile line of archosaurs) or a theropod dinosaur (part of the bird line of archosaurs).