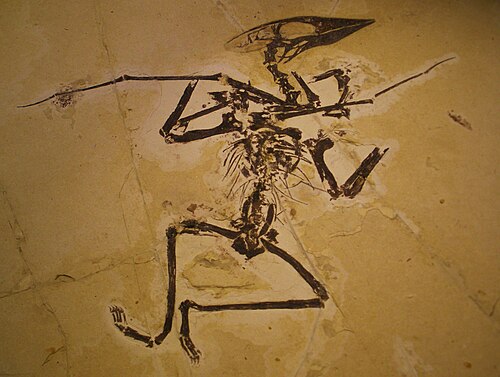 Sinopterus (meaning "Chinese wing") was a genus of tapejarid pterodactyloid pterosaur from the Aptian-age Lower Cretaceous Jiufotang Formation of Chaoyang, Liaoning, China. Three species have been classified in this genus, though only two are generally considered to be valid. Sinopterus is known for its proportionally large skull, which has a birdlike pointed beak, a long bony crest that starts with a tall premaxilla and goes back along the middle of the skull to form a point overhanging the rear of the skull, and its lack of teeth.