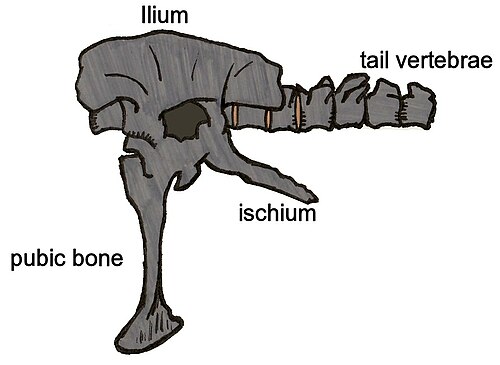 Siamotyrannus (meaning "Siamese Tyrant") is a genus of carnivorous theropod dinosaur from the early Cretaceous of Thailand.

In 1993, Somchai Traimwichanon found a partial skeleton of a large theropod at the Phu Wiang 9 site in Khon Kaen.

In 1996, Eric Buffetaut, Varavudh Suteethorn and Haiyan Tong named and described the type species Siamotyrannus isanensis. The generic name is derived from the old Thai kingdom of Siam, and a Latinised Greek tyrannus, meaning "tyrant", in reference to a presumed membership of the Tyrannosauridae. The specific name is derived from Thai isan, "northeastern part", referring to the provenance from northeast Thailand.

The holotype, PW9-1, was found in the Sao Khua Formation, dating from the Berriasian-Barremian. It includes the left half of the pelvis, five rear dorsal vertebrae, the sacrum with five sacrals, and thirteen front tail vertebrae. In 1998, a tibia and some individual teeth were referred to the species.

Siamotyrannus is a large theropod. Buffetaut estimated its length at seven meters. In 2010, Gregory S. Paul estimated the length at six metres, the weight at half a ton. A possible autapomorphy, unique derived trait, is the possession of two vertical ridges on the ilium. The second and third sacrals are strongly transversely flattened.

As evidenced by its name, it was originally thought to be a tyrannosauroid and even a tyrannosaurid, though due to lacking some of the primary tyrannosauroid synapomorphies that define the clade, its position here is not certain. Some analyses have categorized Siamotyrannus as a primitive carnosaur rather than a basal tyrannosauroid, and it has several features that may determine it to be an allosaurid or a sinraptorid. In 2012 Matthew Carrano e.a. found a position in the Metriacanthosaurinae.