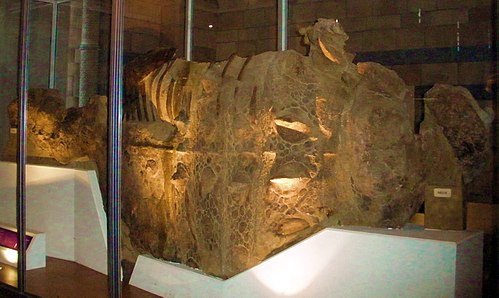 Scolosaurus is an extinct genus of ankylosaurid dinosaurs within the subfamily Ankylosaurinae. It is known from either the lower levels of the Dinosaur Park Formation or upper levels of the Oldman Formation (the location of the type specimen's quarry is uncertain) in the Late Cretaceous (latest middle Campanian stage, about 76.5 Ma ago) of Alberta, Canada. It contains a single species, Scolosaurus cutleri. It is the oldest known North American ankylosaurid.