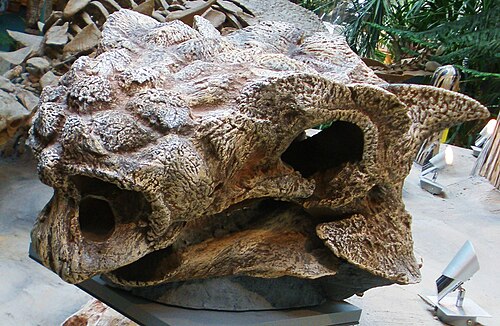 Saichania (Mongolian meaning "beautiful one") is a genus of herbivorous ankylosaurid dinosaur from the Late Cretaceous period of Mongolia and China.

The first fossils of Saichania were found in the early 1970s in Mongolia. In 1977 the type species Saichania chulsanensis was named. The description of this species has been based on limited fossil material; especially the rear of the animal is not well known.