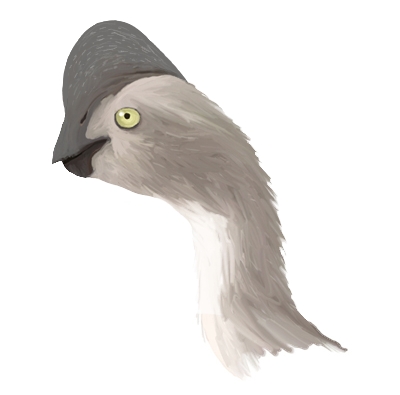 Rinchenia is a genus of Mongolian oviraptorid dinosaur from the late Cretaceous Period. The type (and only known) species, Rinchenia mongoliensis, was originally classified as a species within the genus Oviraptor (named Oviraptor mongoliensis by Rinchen Barsbold in 1986), but a re-examination by Barsbold in 1997 found differences significant enough to warrant a separate genus. The name Rinchenia was coined for this new genus by Barsbold in 1997, though he did not describe it in detail, and the name remained a nomen nudum until used by Osmolska et al. in 2004.

Rinchenia is known from a single specimen (GI 100/32A) consisting of a complete skull and lower jaw, partial vertebral column, partial forelimbs and shoulder girdle, partial hind limbs and pelvis, and a furcula ("wishbone"). While Rinchenia was about the same size as Oviraptor (about 1.5 meters, or 5 ft long), several features of its skeleton, especially in the skull, show it to be distinct. Its skeleton was more lightly built and less robust than that of Oviraptor, and while the crest of Oviraptor is indistinct because of poor fossil preservation, Rinchenia had a well-preserved, highly developed, dome-like casque which incorporated many bones in the skull that are free of the crest in Oviraptor.