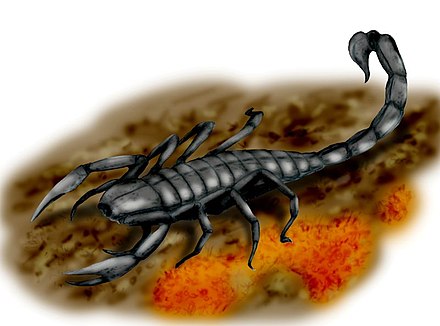 Pulmonoscorpius kirktonensis (literally lung scorpion) is a giant species of extinct scorpion that lived during the Visean epoch of the Carboniferous. Its fossils were found at East Kirkton, West Lothian in Scotland. In life, this species grew to 70 centimetres (28 in) long. The diet of Pulmonoscorpius is not known directly, but smaller arthropods may have formed part of its diet, and its sting may have been able to fell small tetrapods.