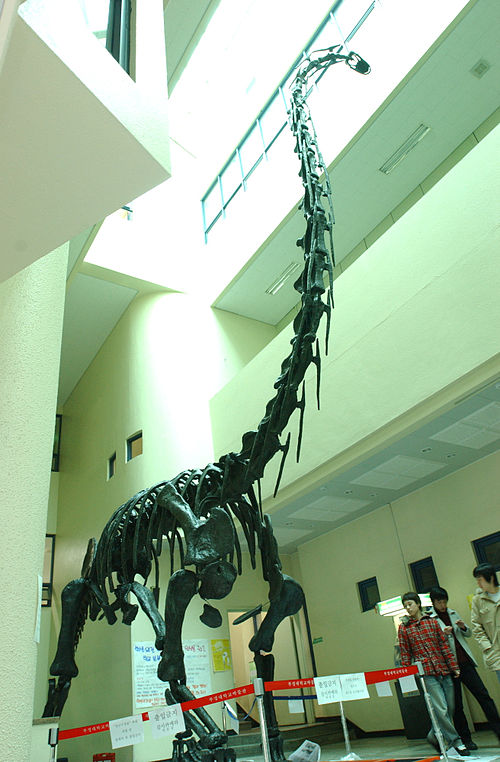 Pukyongosaurus is a genus of titanosauriform dinosaur that lived in South Korea during the Early Cretaceous period (Hauterivian - Barremian). It may have been closely related to Euhelopus, and is known from a series of vertebrae in the neck and back. The characteristics that were originally used to distinguish this genus have been criticized as being either widespread or too poorly preserved to evaluate, rendering the genus an indeterminate nomen dubium among titanosauriforms.