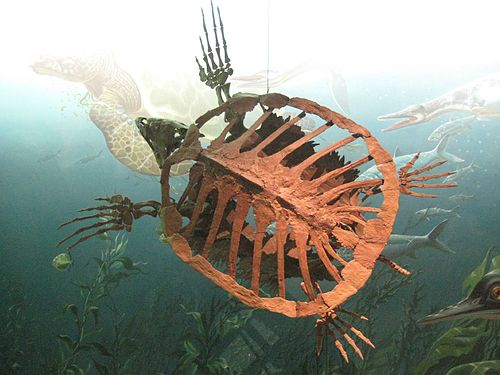 Protostega ('first roof') is an extinct genus of marine turtle containing a single species, Protostega gigas. Its fossil remains have been found in the Smoky Hill Chalk formation of western Kansas (Hesperornis zone, dated to 83.5 million years ago) and time-equivalent beds of the Mooreville Chalk Formation of Alabama. Fossil specimens of this species were first collected in 1871, and named by Edward Drinker Cope in 1872. With a length of 3 metres (9.8 ft), it is the second-largest sea turtle that ever lived, second only to the giant Archelon, and the third-largest turtle of all time behind Archelon and Stupendemys.