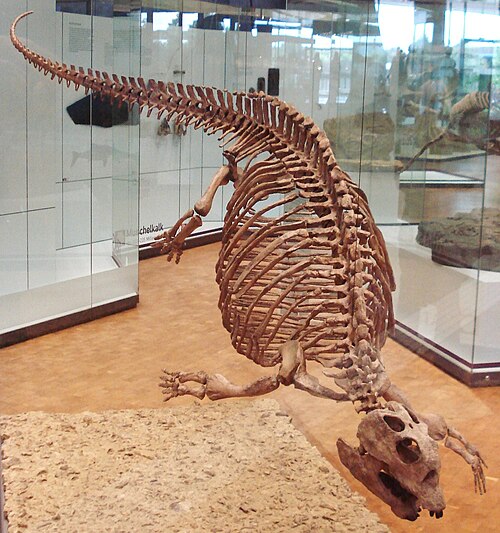 Placodonts ("Tablet teeth") is an extinct order of marine reptiles that lived during the Triassic period, becoming extinct at the end of the period. It is believed that they were part of Sauropterygia, the group that includes plesiosaurs. Placodonts were generally between 1 to 2 m (3.3 to 6.6 ft) in length, with some of the largest measuring 3 m (9.8 ft) long.

The first specimen was discovered in 1830. They have been found throughout central Europe, North Africa, the Middle East and China.