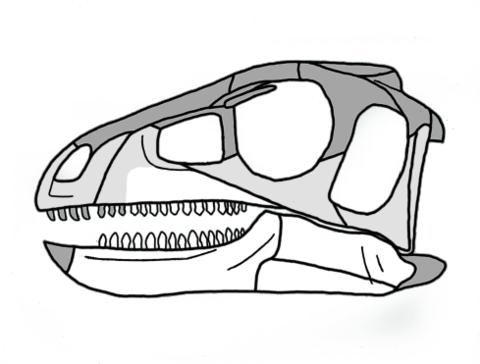 Pisanosaurus (pron.:"pee-Sahn-oh-SAWR-us") is an extinct genus of primitive dinosauriform that lived approximately 228 to 216 million years ago during the latter part of the Triassic Period in what is now South America. It was a small, lightly-built, ground-dwelling, bipedal herbivore, that could grow up to an estimated 1 m (3.3 ft) long. Only one species, the type, Pisanosaurus mertii, is known, based on a single partial skeleton discovered in Argentina's Ischigualasto Formation.

The exact classification of Pisanosaurus has been the topic of debate by scientists for over 40 years; the current consensus is that Pisanosaurus is the oldest known ornithischian, part of a diverse group of dinosaurs which lived during nearly the entire span of the Mesozoic Era, although alternate interpretations consider it a non-dinosaurian silesaurid.