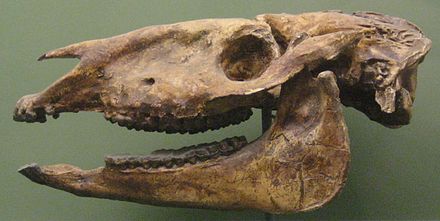 Parahippus is an extinct relative of the modern horse, very similar to Miohippus, but slightly larger, at around 1 metre (10 hands) tall, at the withers.

Around 20 million years ago, during the Miocene Period, some of Earth's environments were changing, forests and swamps were receding as more plains were developed. It is believed these developments affected many changes in the existing horse ancestors.