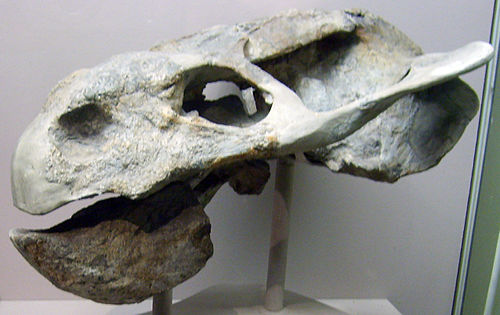 Oudenodon is an extinct genus of dicynodont. It was common throughout southern Africa during the Late Permian. Several species of Oudenodon are known. Both O. bainii, the type species, and O. grandis are known from South Africa. Specimens of O. luangwensis have been found from Zambia. One species, O. sakamenensis, is the only therapsid yet known from Madagascar. It is the type genus of the family Oudenodontidae, which includes members such as Tropidostoma.