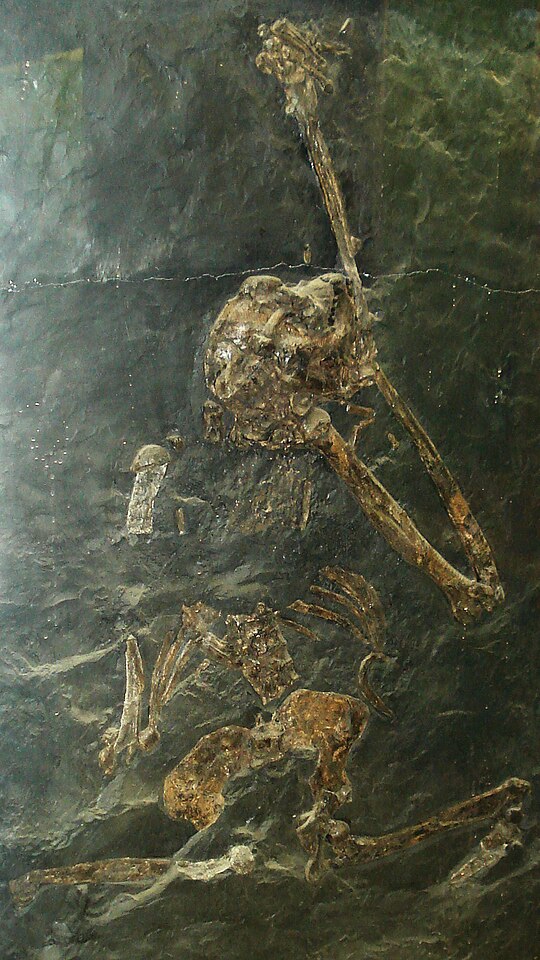 Oreopithecus is an extinct hominoid primate from the Miocene epoch whose fossils have been found in today's Tuscany and Sardinia in Italy; (from the Greek oros, oros and pithekos, pithekos, meaning "hill-ape"). It existed 9 to 7 million years ago in the Tusco-Sardinian area when this region was an isolated island in a chain of islands stretching from central Europe to northern Africa in what was becoming the Mediterranean Sea.

Oreopithecus was one of a large number of European immigrants that settled this area in the Vallesian-Turolian transition and one of few hominoids, together with Sivapithecus in Asia, to survive the so-called Vallesian Crisis. To date, dozens of individuals have been discovered at the Tuscan localities of Montebamboli, Montemassi, Casteani, Ribolla, and, most notably, in the fossil-rich lignite mine in the Baccinello Basin, making it one of the best-represented fossil apes.